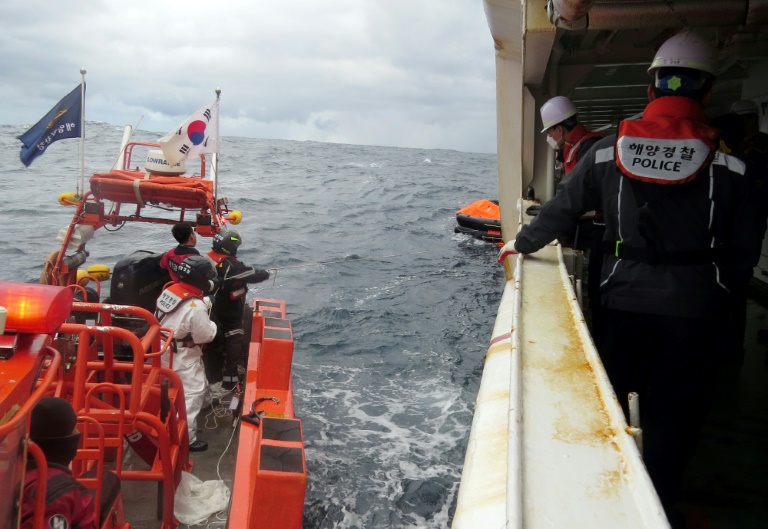 The coast guards of Japan and South Korea were searching on Wednesday (January 25) for eight crew members from a cargo ship that sank between the two countries, after 14 others were rescued.

“A total of 14 have been rescued,” a spokesman for the Japanese coast guard told AFP.

“We don’t know their condition and nationalities yet,” he added, declining to be named.

He said six of the crew had been rescued by South Korea’s coast guard, which was assisting the operation.

Eleven of those rescued so far were “unconscious”, the Jeju Coast Guard told AFP, adding that the rescued crew members were being transported to Japan’s southwestern Nagasaki.

The Jin Tian sent a distress signal late on Tuesday evening from a position around 110 kilometres (68 miles) west of the remote and uninhabited Danjo islands in far southwestern Japan.

Three private ships were in the area and helped pick up several of the stranded crew members, Japan’s coast guard said.

A Japanese coast guard plane and two ships were at the scene, with additional Japanese and South Korean vessels en route, officials from both countries said.

The ship’s captain used a satellite phone to tell South Korean coast guard officials that he and the crew would abandon the sinking ship in the early hours of Wednesday morning, the Jeju Coast Guard said.

The accident came as a cold snap hits much of Asia, with daytime temperatures in some of the Japanese islands nearest the rescue site reaching just three degrees Celsius (37 degrees Fahrenheit).