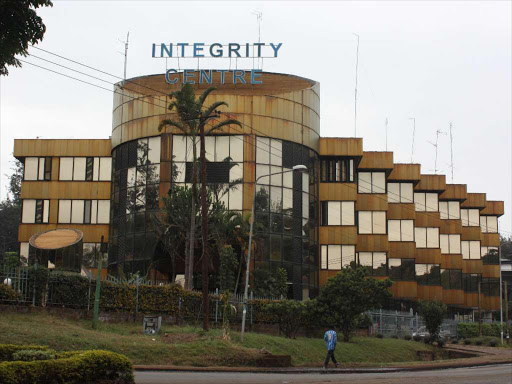 There is no single potent antidote to corruption. If there was, there would be no corruption anywhere in the world. However, combination of different counter and preventive measures have been shown to work better if conscientiously implemented in fighting graft. Take the case of Kenya, the government under President Uhuru Kenyatta since the 2018 has unrolled multipronged anti-corruption measures, enlisting a whole of government approach to defeat the dragon of corruption which has deeply entrenched its roots in Kenya. Anyone would undoubtedly recognize incremental gains that Kenya has made in the fight against graft since 2018 when President Uhuru Kenyatta declared an all-out war on corruption. The efforts need to be sustained long-term to achieve even greater milestones in the anti-graft war and the citizenry has a major role to play in the war against corruption.

We could unroll the best of anti-graft measures but without the citizen support to such measures, nothing much would be achieved in the long run. One of the enabling factors to corruption is socialization. Social networks is a double edged sword that can either enable or dissuade people from partaking in graft. Drawing from investigations of many of the corruption cases, notably major ones, socialization and social networks have been used by some of the perpetrators of graft to facilitate corruption in multiple ways. Nepotism for instance has been an enabling factor in some of the major corruption scandals that Kenyans have rocked the country from the recent past. Social networks have been used by some perpetrators of high profile graft cases to cover up their trails and/or to undertake dirty paperwork to facilitate corruption in one way or the other. Social networks is sometimes used by perpetrators of graft to defeat the course of justice by either throwing investigations in endless spins or to influence public opinion especially if perpetrators are persons with a high public profile. It is also not uncommon to hear politicians playing the tribal card whenever they become subjects of graft investigations. This they do to whip up public emotions to support their cause despite the public being the victims of corruption.

Reengineering of public consciousness to support the war against graft begins with each and every individual. Everyone is negatively beset by graft because corruption robs the public of the resources which would otherwise be used to provide public good to the citizens in form of roads, health facilities, schools, markets and other necessary public sector investments to spur socio-economic growth.  Citizens’ support to the war against corruption would help in creating a hostile social environment for perpetrators of corruption hence making it hard to orchestrate corruption. Citizens that support the war against graft would also make it easier for investigative agencies to conduct investigations and prosecute corruption cases as there would be people willing to volunteer information to the anti-graft agencies as well as the prosecution agencies which the government has constituted to help in fighting the war against corruption.

Culture of corruption takes root only when a society accepts to abet graft. Therefore, gradual socialization of the Kenyan society away from embracing sleaze portends a better means to boosting the ongoing multiagency efforts to rid the country of corruption.