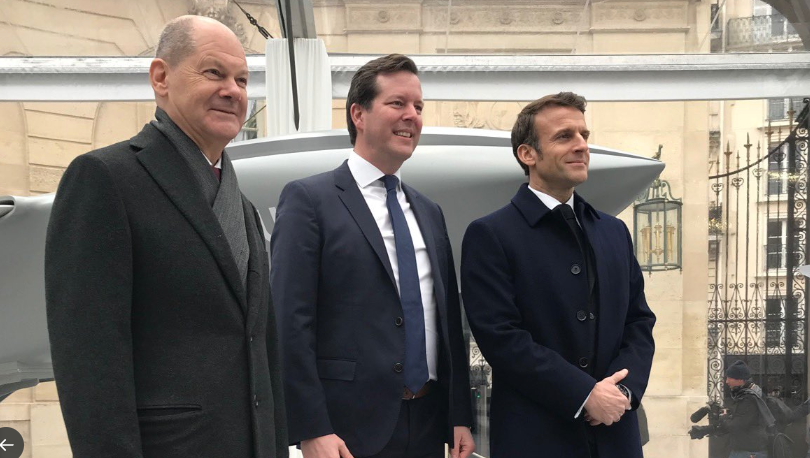 In a speech at the capital’s Sorbonne University earlier on Sunday morning, Scholz said upholding strong ties was key for the continent.

His visit came coincided with the anniversary of the 1963 Elysee Treaty, signed between post-World War II leaders Konrad Adenauer and Charles de Gaulle.

“The future, like the past, rests on cooperation between both our countries as the driving force of a united Europe,” Scholz said.

Pioneers of Europe
Macron said that “Germany and France because they cleared the path to reconciliation, must become pioneers to relaunch Europe”.

He cited the need to “build a new energy model”, encourage “innovation and the technologies of tomorrow”, and ensure the European Union is “a geopolitical power in its own right, in defence, space and diplomacy”.

The two leaders also took part in a joint cabinet meeting where they attended a presentation of Franco-German industrial projects alongside Bruno Fichefeux, head of the Future Combat Air System (FCAS) programme at Airbus Defence and Space.

However, the historic partnership has come under pressure from Russia’s invasion of Ukraine and broader economic and military shifts.

And the personal relationship between both men has been less than warm since Scholz assumed office in late 2021.

France and Germany have often built the foundation for joint crisis response in Europe, and other nations are looking to them again now.