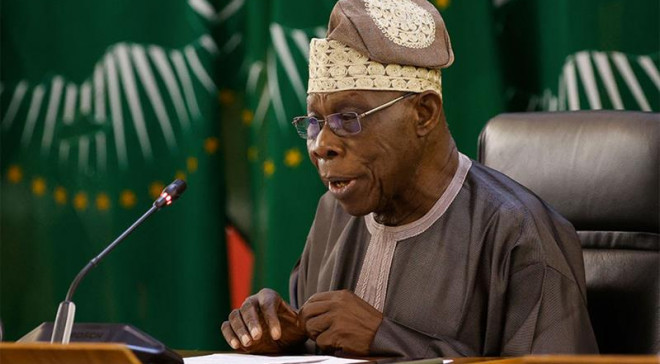 Up to 600,000 people may have been killed in two years of conflict in Ethiopia’s Tigray region, an African Union official said on Sunday.

The conflict came to an end officially on November 2 with the signing of a peace agreement between the Ethiopian government and Tigray People’s Liberation Front after two years of war.

“The number of people killed was about 600,000,” Olusegun Obasanjo, the African Union’s lead mediator in the peace talks and former president of Nigeria, told the Financial Times. Around 1,000 lives per day were being saved by the peace deal, he added.

The war created famine-like conditions for hundreds of thousands and displaced millions across northern Ethiopia and across the border into Sudan.

The death toll is disputed. Some Ethiopian officials say under 100,000 were killed.

“We will probably not be able to know the full number of casualties,” Daniel Bekele, Ethiopia’s Human Rights Chief told the Financial Times.

“We need to be cautious about overly exaggerated death toll estimates by all sides.”

Under the peace deal, disarmament for the northern region should take place “concurrently” with the withdrawal of foreign forces that are not part of the Ethiopian national army.

The regional Amhara special forces began leaving the area last week, Ethiopia’s army said. But a humanitarian worker in the city of Shire told Reuters that Amhara forces were still there in “significant numbers”. It was not immediately possible to verify the situation on the ground.

Flights between Addis Ababa and Tigray have already begun reuniting families torn apart by the war.

French and German foreign ministers cautioned Prime Minister Abiy Ahmed last week that the ceasefire needed to be accompanied with a robust accountability for alleged atrocities on both sides.