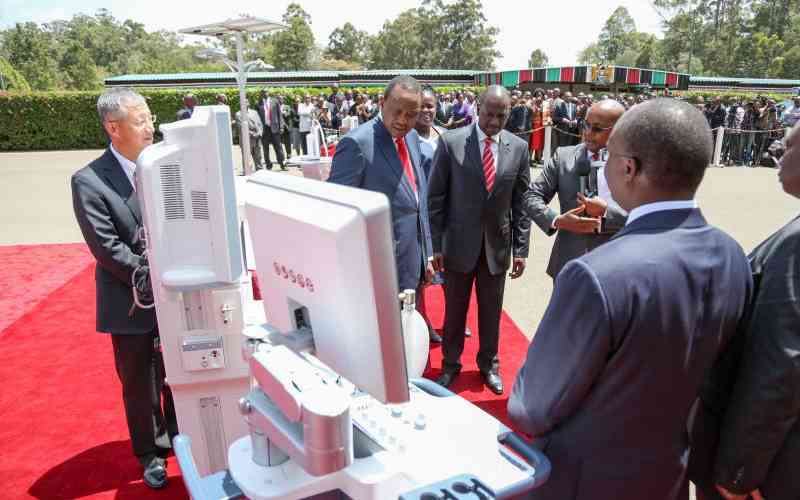 In matter of days Kenyans will be heading to the polls to elect a new government to take over from President Uhuru Kenyatta. President Kenyatta’s reign has remarkably improved Kenya’s infrastructure despite a host of challenges some which have been occasioned by global issues including the Covid 19 pandemic, the ongoing Russo-Ukrainian war, and conflicts in the Horn of Africa and within the great lakes region. Despite the challenges, the President has been able to rally both domestic and international support to his vision of modernising Kenya’s infrastructure to catapult Kenya’s socio-economic growth.

It is also noteworthy that the President was able to rally together key government ministries, departments and agencies in the fight against graft despite all the attendant challenges to the war against graft. Many pundits on governance have lauded President Kenyatta for steadfastly leading the fight against corruption in Kenya. One would arguably give credit to President Kenyatta for being instrumental in backing the ongoing war on graft. The culture of threatened Kenya’s socio-economic development for many decades since the advent of the country’s independence. It has been estimated before that Kenya loses up to a third of its annual budget to graft which translated to about Kenya shillings 600 billion back in 2016. It is against this background that President Kenyatta declared a total war against graft resulting in a number of important gains. Many corruption cases have been successfully executed by the courts leading to convictions and recovery of some of the lost state assets. In its annual report covering the years 2020 and 2021, the Ethics and Anti-Corruption (EACC) recovered assets worth about Kenya shillings 6.2 billion. Timely investigations conducted by the anti-graft body during the year prevented a potential loss of public assets worth about Kenya shillings 6 billion. Building a momentum for public support to the ongoing anti-graft war should not be treated as an option when Kenyans eventually wake up to vote on August 9, 2022.

Kenyans should head to the polls with a clear understanding of what is at stake in the upcoming poll because the outcome will determine to a large extent, whether or not, the current drive by President Kenyatta’s government to slay the dragon of corruption would continue. President Kenyatta has made it clear to Kenyans that it takes not only the efforts of the government to kill the culture for graft, but also the support of the citizens to anti-corruption measures. It is therefore imperative for Kenyans to reflect on the Kenya they want and the outcomes they want from the ongoing war on graft.

It is also important for Kenyans to understand that deep rooted culture of graft in Kenya may take time to eradicate in entirety or to a great extent. It may painstakingly take long to eradicate the cancer of corruption in Kenya, but incremental gains that the government has made so far in the fight depends on public support and steadfastness of the lead anti-graft agencies.

When Kenya rises to the polls on August 9, voters should endeavour to insure their futures by voting in leaders whose public profiles on anti-graft is time tested and who have made unyielding commitment to provide even more impetus to the current drive to end graft in the country.

The Future of Kenya Depends On Visionary Leadership

Embrace Peace during this Electioneering Period