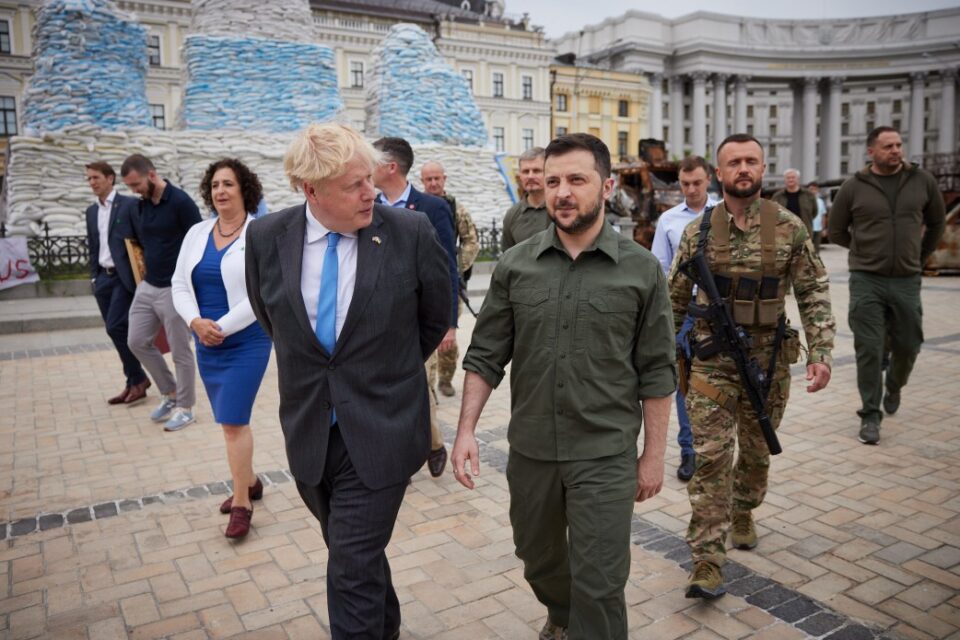 “I welcome Boris Johnson, a true friend of Ukraine, to Kyiv. Boris (Johnson), thanks for your support,” Zelenskyy said in a message on Telegram, with a video of him greeting Johnson in front of the Ukrainian Presidential Office.

No further details have yet been provided about the details of the meeting.

Earlier in the day, Johnson also visited the cities of Borodianka and Bucha in the Kyiv region, which were sites of intense clashes between Ukrainian and Russian forces during the early stages of the war.

“Borodianka and Bucha became sad symbols of the atrocities of the Russian army against the civilian population. Despite terror and intimidation, Ukrainians drove out the occupiers from the region and continue to defend their right to be Ukrainians,” Kyiv Governor Oleksiy Kuleba said on Telegram.

Kuleba thanked Johnson for his support to Ukraine during the first days of Moscow’s war on Kyiv, adding: “I am convinced that with such partners and friends, we will rebuild the Kyiv region as soon as possible.”

East African Community to adopt a common currency by 2027

China orders closure of US consulate in Chengdu, retaliating for Houston

Biden lands in Mexico for talks on migrants, drugs