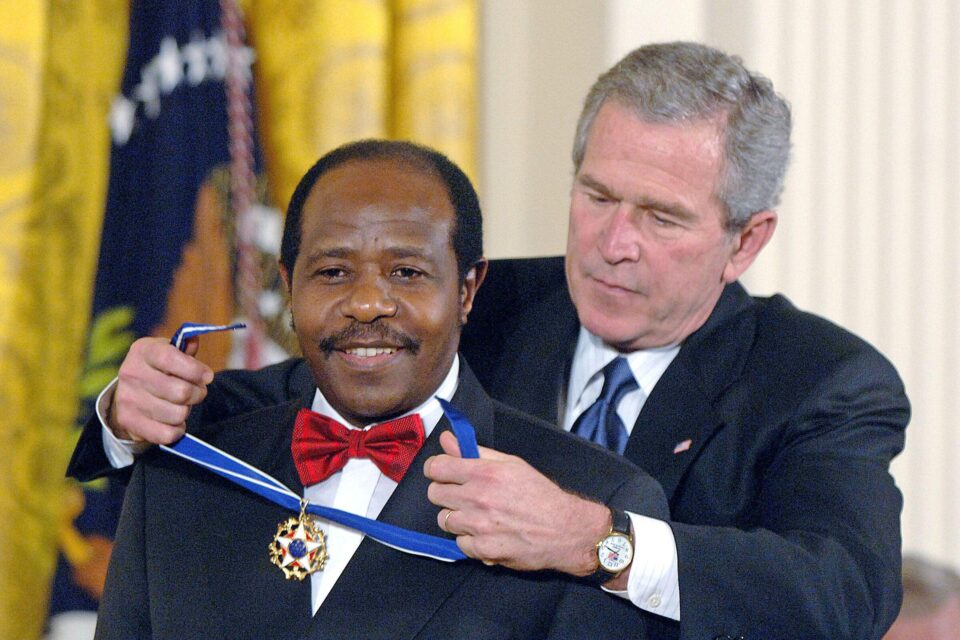 A federal judge in the United States on Monday, January 23, dismissed a case filed by terror convict Paul Rusesabagina’s family which claimed that he was kidnapped and tortured by Rwandan authorities.

Rusesabagina, leader of the FLN/MRCD terror group, was arrested in 2020 when he willingly boarded a private jet that eventually landed in Kigali leading to his arrest. His terror group was behind the 2018 and 2019 attacks in south-western Rwanda, where at least nine unarmed civilians lost their lives, others were injured and lots of property destroyed or looted.

Rusesabagina and 20 other members of his terror group were consequently convicted by the High Court Chamber for International and Cross Border Crimes (HCCICC) and sentenced to jail terms ranging from three to 25 years.

But Rusesabagina’s family filed a case in U.S courts claiming that he was kidnapped and tortured.

But U.S. District Judge Richard J. Leon, in a 15-page opinion, issued January 23, was unconvinced by the effort.

That treatment, according to Rusesabagina’s attorneys, included a torture-induced confession to terrorism charges for which he’s now serving 25 years.

“Plaintiffs cite no legal authority for the proposition that the court could fashion an exception to this categorical rule,” the judge wrote.

Rusesabagina who was the political head of FLN was convicted by the High Court in Kigali of creating a terror group and committing acts of terrorism, and sentenced to 25 years in prison.