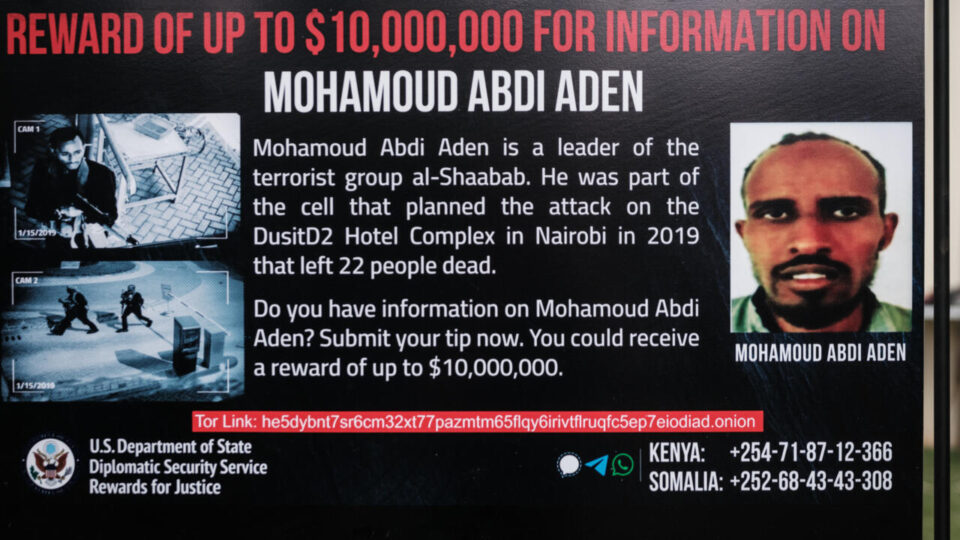 The US State Department has offered a $10 million bounty for the arrest of Mohamoud Abdi Aden, who led the attack on the dusitD2 hotel complex in Nairobi in 2019.

This is the third time in three months that the US is offering similar amounts to help bring to book those associated with Somalia militants, Al Shabaab.

It said it is seeking information on Mohamoud Abdi Aden, describing him as a leader of the Somalia-based Al-Shabaab jihadist group that has carried out several deadly attacks in neighboring Kenya.

The Al-Qaeda affiliated group claimed responsibility for the January 15, 2019 siege on the upmarket DusitD2 hotel compound in the Kenyan capital Nairobi that lasted almost 20 hours.

At least 21 people lost their lives, including a US citizen, and many more were injured. Kenya said at the time that all the assailants had been eliminated.

“Mohamoud Abdi Aden, an Al-Shabaab leader, was part of the cell that planned the DusitD2 hotel attack,” the US ambassador to Kenya, Meg Whitman, told the press.

In November last year, the US offered a reward of $10 million each for information that would lead to the arrest of three Al-Shabaab leaders –Ahmed Diriye, Muhad Karate and Jehad Mostafa –said to be responsible for attacks in Somalia, Kenya, and the neighbouring countries.